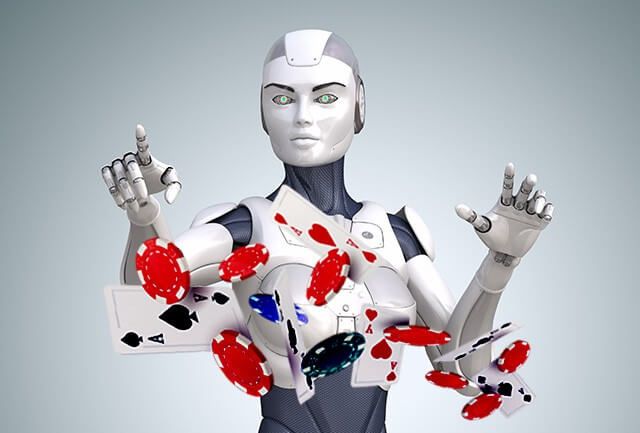 Artificial Intelligence in Online Gambling
What is AI´s role in gambling?

The concept of “artificial intelligence” is extensively used in various spheres of modern life, especially those related to computer and Internet technologies. What it is and how it can be applied to the gambling industry – all these questions are answered in Slotegrator´s current review.

The academic notion of “artificial intelligence” (AI) stands for the process of creation and development of intellectual computer software. A distinctive feature of such software is the ability to process and analyze information, as well as to accomplish intellectual and creative tasks.

First AI was applied to gambling in the middle of the last century. American cybernetic scientist Arthur Samuel was the first one to create a type of software that allowed mainframe computers to play checkers with humans. During the gameplay, the system was learning by itself, improving its gaming skills based on previous experience.

In 1962, the program managed to beat R. Neely, the best USA checker player of that time. Particularly this incident triggered further observations and AI software evolution.

Today, there exist a lot of ideas regarding AI development. Broadly speaking, they can be divided into two types: the first one is based on a semiotic approach, and the second – on the biological one.

As for the first type, the program attempts to copy the human mind, while the second one makes use of natural evolutionary algorithms, functioning as biological neural nets, resulting in intellectual activities.

Currently, a remarkable progress has been reached in development and integration of programs of the second type. Consequently, a technology of machine learning, also known as Deep Learning, is successfully used in iGaming.

The AI based programs are used in overcoming gambling addictions, retaining regular players, as well as for scientific and educational purposes.

Today there are several effective solutions on the market. Last year BtoBet successfully presented its innovative AI platform for online casinos. In a very short time, the software was tested on the global gambling market and proved to be quite effectual.

The main task of the new software platform is to track player’s actions and react to them, identifying potential needs of the user. It is one of the most important tools of customer retention technique.

The platform responds to the player’s behavior in various environments and systems: social networks, mobile applications, etc. By doing so, it is getting easier to meet the needs of the most capricious online casino visitors quickly and efficiently, subsequently increasing online gambling popularity.

The AI concept was also used in poker for cognitive and scientific purposes. This game has always attracted attention of various researchers and scientists, a fact that contributes to the online gaming popularity in general.

Poker is known as a game based on incomplete data, since it implies randomness, while the number of possible gaming combinations is indefinite. Texas Hold’em is one of the most common types of poker with practically no limitations to the number of combinations.

The first full-fledged program for poker was launched and tested in 2015. Several world leading poker players battled with the AI supercomputer Claudico.

The next famous developments of the AI were introduced by the scientists from the University of Alberta, University of Charles and the Czech Technical University. During an experiment a system called DeepStack AI, played around 44 852 times against 33 world’s strongest professional players, actual members of the International Federation of Poker. Consequently, throughout all the games, the AI system showed successful response results of 492 mbb/g (milli-big-blinds per game). The final figures are thought to be quite high – about 100 mbb/g among experienced players.

Current Libratus systems created at the University of Carnegie Mellon and based on AI are considered as the most effective ones. This system was internationally recognized as the one with the maximum effectiveness after its landslide victory in games against humans during a 20-day poker tournament. The game of Texas Hold’em was carried out in one of Pennsylvania’s casinos within participation of world’s four best poker players.

In recent years, many countries have been seriously considering the gambling addiction problem. In order to prevent ludomania, lawmakers have been continuously introducing different bans on gambling activities, measures that turn out to be not very beneficial for the development of the said industry. As it has been shown in recent studies, the AI systems can be very effective in combating gambling addiction and its consequences.

Consequently, recent studies carried out by the University of London have a significant value for the entire gaming industry. According to the scientists, they managed to elaborate a unique system based on the AI allowing to detect a pathological addiction to gambling, even before it transforms into a real addiction.

In order to create such a unique gaming platform, researchers have teamed up with a well-known software developer BetBuddy.The new version of BetBuddy platform has become one of the most advanced solutions in the gaming industry. It keeps track of user’s gambling behavior in casinos through using AI technologies. Player’s behavior model is identified through using inference mechanisms and neural networks, as well as random forest algorithms, indicating and signalizing the exact time when players reach problematic levels. This mechanism enables online casino operators to decide either to block problematic accounts or to apply some limitations to them, etc.

Features of the platforms

These days the most interesting solutions of practical implementation of AI technologies in gambling are offered by two developers – BetBuddy and BtoBet.

Sabrina Soldà, the Head of Marketing at BtoBet, commented on the idea of AI implementation in the online casino industry: “Today, due to highly competitive environment, the gaming market requires special tools and intelligent platforms in order to adjust to the needs and expectations of players worldwide. Over the past year, BtoBet solutions have caught the eye of many operators from different countries. For this very reason, we have decided to expand the global market coverage. “

BetBuddy developers and scientists from the University of London observed the following facts regarding practical use of the AI technologies: “We have presented an innovative system with artificial intelligence aimed at prediction of problems based on player’s behavior, as well as at displaying of potential gambling addictions. It is solely based on mathematical algorithms. Integration of the platform into online casino websites will help operators to monitor potential problematic players, as well as to improve their customer service. “

The future belongs to AI

John McCarthy, who was the first one to introduce the concept of “artificial intelligence” back in 1956, said: “As soon as it starts functioning, we no longer call it artificial.”

The mankind has often used the AI in various fields of its activity, without even thinking about it. It’s just an everyday reality. Currently, the concept of the AI is applied practically everywhere, particularly in the areas connected with computer technologies. As it is frequently claimed by various researchers, the potential power of the AI is limitless and often exceeds human capacities.

Slotegrator’s experts do not consider surprising the fact that high-tech and iGaming industries are actively developing gradually integrating AI systems into modern online casino platforms. Taking into consideration the latest trends, the future is all about the superpowers of Artificial Intelligence.

Artificial Intelligence in Online Gambling
What is AI´s role in gambling? 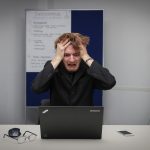 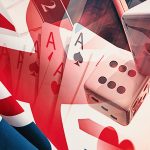 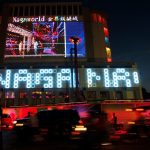